What now for Australian health care? 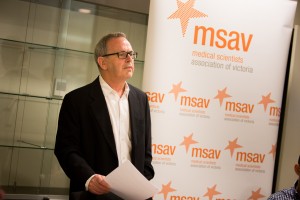 After a marathon election campaign and a couple of weeks of counting we now know the Turnbull Government has been returned but by the slimmest of majorities, eroding any claim to have a ‘mandate’ to implement their agenda.

But now we must start considering what the new agenda for Turnbull Government will be for healthcare. It was certainly an interesting election campaign as the Turnbull Government attempted to claim they weren’t attacking Medicare or the very foundations of our universal healthcare system. We saw how the ALP’s Medicare campaign had an impact during the election campaign with immediate promises from Turnbull that they weren’t going to privatise Medicare.

Unfortunately we must be vigilant with Turnbull reiterating that their plan for Australia is the one outlined in this year’s federal Budget, handed down in May – it feels like a long time ago now. But that plan would mean the GP rebate freeze will stay as will the removal of bulk-billing incentives for pathology and diagnostic imaging tests.

Despite the so-called promise to not privatise Medicare, the Turnbull Government is making sure that it continues to defund health care and pushes the financial burden on to Australians.

We’re concerned that Australia’s universal healthcare system will continue to be attacked by the Turnbull Government. This is on top of the continuing push to privatise more and more clinical services within public hospitals; the continued assault on science and the scientific workforce at the Australian Red Cross Blood Service; funding cuts to public and community health; and the increasing cost of prescriptions and vital medicines.

Australia’s health system is very affordable but as the population continues to age, and with more and more funding stripped from healthcare, it will soon start to more resemble the US health care system then Australia’s world-class, and world-leading universal healthcare system.

It’s up to each of us to continue to fight for our universal healthcare system where you get the medical help you need when you need it, not if you have enough money.