Turnbull’s pathology deal is a bad deal for patients

Last weekend, Turnbull was chasing votes as the federal election campaign kicked off in earnest. 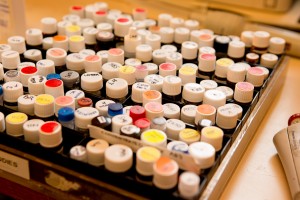 In an effort to head off attacks over the handling of healthcare funding, the Prime Minister used a leadership debate to claim that people would still be able to access bulk-billed pathology tests. In an apparent deal with private pathology lobby group, Pathology Australia, the cuts to bulk-billed pathology tests will be delayed for a couple of months, while the Government will provide financial relief to private pathology companies for the high rents they pay for collection centres.

It should be of great concern to everyone that the details of the ‘deal’ have not been made public and there is no way as ordinary voters to be guaranteed that private pathology providers will do the right thing and not pass on the cost of pathology tests when the bulk-billing incentive for them ends in September. The deal also exposes the hypocrisy of Pathology Australia. Instead of ensuring that the deal would protect patients from increasing costs, the deal protects their profit margins and poor business model.

We shouldn’t allow ourselves to be fooled by Turnbull’s announcement when the reality is that private pathology providers will still be able to force patients to pay up-front fees for life-saving pathology tests. The only difference now is that they’ll be able to charge those up-front fees from 1 October instead of 1 July. This so-called deal has nothing to do with ensuring patients can get the test they need when they need them; and everything to do with ensuring that Pathology Australia ends its campaign which was clearly seen by the Turnbull Government as quite damaging in the midst of an election campaign.