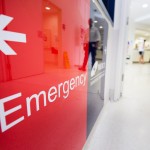 In the lead up to the festive season the Turnbull Government used this time when people are distracted by family gatherings, winding down and season’s greetings to announce significant cuts to healthcare.

The Union remains very concerned that health care standards for Australians will be significantly damaged by removing bulk-billing incentives for pathology, a clinical service used by General Practitioners for diagnosis and treatment. And by changing the bulk-billing arrangements for diagnostic imaging services and Magnetic Resonance Imaging services, the Turnbull Government is making these vital health services too expensive for many people. And with the Health Minister coming out to attack pathology providers, it’s clear the Turnbull Government has little interest in ensuring the best possible healthcare is available to Australians when they need it.

The Union is also very concerned that the proposed slashing of the health workforce programs will lead to further shortages in critical areas like medical sciences with private pathology companies likely to maintain wage freezes to absorb revenue reductions to maintain current profit levels.

The changes announced by the Turnbull Government illustrates that they have little regard for the future healthcare of Australians. And they demonstrate a lack of understanding of the drivers of healthcare given that a great number of visits to a General Practitioner involve getting a pathology test done. Removing bulk-billing incentives for pathology tests will now make it more expensive for people to get the tests they need done. Healthcare standards will decline leading inevitably to adverse health outcomes for many patients. And it’s very likely that removing bulk-billing incentives from pathology tests, and vital imagining services, will lead to more poor and vulnerable people not getting tests done, which could lead to significant health problems; ultimately requiring more extensive healthcare.

The Turnbull Government is creating a situation where poor and vulnerable people will no longer be able to afford to access the healthcare when they need it. This decision is not about governing for everyone or improving the lives of all Australians. This is a calculated attack on Australia’s universal healthcare system.

Slashing the health workforce programmes will only lead to a situation that exasperates a current growing shortage in critical areas like medical sciences. Private pathology companies have a history of attacking workforce terms and conditions to protect profits. Dorevitch Pathology, for example, has refused to negotiate a single wage increase for its entire workforce for the past 8.5 years. This decision will see pathology companies harden their attitudes to negotiating fair and reasonable conditions.

And already the Turnbull Government’s gift has resulted in Australia’s largest private pathology providers coming out to clearly let the public know they’ll be passing increased costs onto patients.