Home » News » The TPP and healthcare 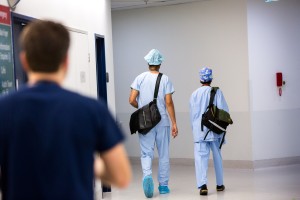 It seems like there is a news story everyday about the China-Australia Free Trade Agreement (ChAFTA) or the Trans-Pacific
Partnership. And you’d be right to think that.

But there are very good reasons for why there is so much talk about these free trade agreements.

Firstly, the text of the documents surrounding the Trans-Pacific Partnership is secret. Only those people who have been involved with the negotiations know what’s contained within different parts of the final agreement. There is no information available about the TPP, other than that information which has been leaked to the public. Yet, while much of the final document remains secret, the Federal Government has been actively spruiking the benefits of the TPP.

In fact what has been leaked to-date should send chills down the spines of everyone working in Australia’s healthcare system, especially those in medicines. And it is the area of medicines that has public health professionals expressing significant concern.

The intellectual property rules proposed in the TPP, if adopted, would likely have the impact of delaying the availability of cheaper, generic medicines while extending the monopolies over new medicines. And with changes to the Pharmaceutical Benefits Scheme

As you’ll know when a medicine is produced, the manufacturer usually obtains data exclusivity to protect the clinical trial data for the medicine, including safety and efficacy data. It means that competitors hoping to produce cheaper, generic versions cannot use the original company’s data to prove the safety and efficacy of their drug version while seeking approval from regulators.

But the new intellectual property rules would result in delays in allowing cheaper versions to enter the market, and subsequent cost blowouts to the Pharmaceutical Benefits Scheme (PBS). This would cause patients to have higher copayments and reduced access to expensive new treatments, with disadvantaged patients bearing much of the burden.

Changes to PBS processes also proposed for the TPP could compound these problems by preventing effective price regulation and giving the pharmaceutical industry more say in PBS decision making. And on top of that pharmaceutical companies may be able to use the investor–state dispute settlement mechanism to sue, or threaten to sue, governments over their pharmaceutical policies. It sounds fanciful but pharmaceutical company Eli Lilly and Company is currently using an investor–state dispute settlement mechanism to sue the Canadian Government for invalidating patents for two drugs that were found not to deliver the promised benefits.

Plus rules in the TPP that are focused on domestic policies, which have nothing to do with the country’s international trade, can reduce the options available to governments to regulate products like tobacco, alcohol and food. For example, proposed rules on transparency and regulatory coherence in the TPP would enshrine the right of industry to contribute to making national nutrition policy.

In addition there are expectations that the TPP will include rules to ensure that private companies can ‘compete’ on an equal footing with publicly funded or provided services. Combined with the Turnbull Government’s attack on Medicare and universality of access, such provisions would make it almost impossible to reverse any privatisation of health services, even if it is proven that the privatisation of those services has detrimental impacts.

The Turnbull Government might be praising the merits of the TPP but without knowing what’s in the agreement we cannot simply extol its virtues. And the Union is very concerned that if the rumours are true about the provisions contained in the TPP, we will see Australia’s universal healthcare system seriously damaged, with disadvantaged and vulnerable Australians put most at risk.