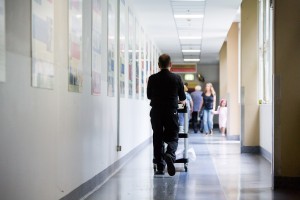 The Medical Scientists Association of Victoria (MSAV) is alarmed that the State Government is yet to release to the public the report from its review of pathology contracts and services at Latrobe Regional Hospital.

The review, conducted by Paxton Partners, was completed on 21 August and the subsequent report is still yet to be released to the public. The Union has seen a heavily redacted version of the report and is aware that LRH have accepted compromised standards for pathology services, which have been apparently deemed acceptable by the Department of Health and Human Services.

Pathology is used for diagnosis and treatment of up to 80% of all cases in acute care settings, including cancer and infectious diseases. And with the hospital’s expansion of oncology services, it’s even more important the community is assured they’ll have access to world-class testing on-site.

The MSAV is very concerned that this report will be buried because we’ve seen, in a heavily redacted version of the report, LRH’s management and board have failed to properly enforce pathology contracts and have accepted compromised standards for pathology services, with the full knowledge and approval of the Department of Health and Human Services.

The results of such a review should be made public so that patients in the Latrobe Valley know how well their hospital is performing; especially in a key area like turn-around times for pathology tests. And it is particularly significant that the performance of a critical test for patients presenting with heart attack symptoms is apparently now no longer going to be reported.

The public has every right to know whether the Latrobe Regional Hospital has been diminishing health care standards by allowing test turnaround times to increase for the sake of protecting the profits of a private provider.

The Minister did the right thing to investigate the Union’s concerns about the handling of pathology contracts and services at Latrobe Regional Hospital, now the Minister needs to the do the right thing and release the report so the community knows whether their hospital has been compromising test turn-around times to protect the profits of a private provider.

Every day that passes is another day the community is kept in the dark about the standard of pathology testing, a vital component in delivering world class health care, at LRH and the subsequent standard of the health care they receive. Why should people of Latrobe Valley put up with an inferior standard of healthcare?