Home » News » Round up from Annual Conference 2015 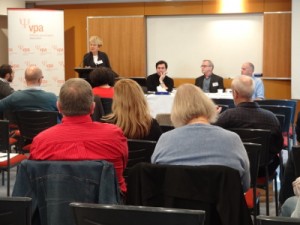 The Conference explored how over the past decade staff reductions forced through budget cuts is causing workloads to explode. It was evident from the discussion that health managers have long stopped thinking about how we cope with extra work.

It was also evident that many health managers just expect staff to do more and more work in the same amount of time. In 2015, hundreds of thousands of hours of unpaid time will be worked to cope with unreasonably high workloads. Unfortunately the Conference heard that there is growing evidence of a structural reliance on unpaid work to keep many services afloat.

And, as the Conference heard, this is expected to increase with cuts to health spending announced in the Federal budget. It was highlighted repeatedly that employers are cutting scientists, dietitians, psychologists and pharmacists etc while expecting those who are left behind to do more work with a lot less.

And we can expect the industrial environment to grow even more hostile as we see more employers trying to cut their own budgets in response to cuts to government spending on health.

The Conference heard from the Victorian Parliamentary Secretary for Health, Mary-Anne Thomas about the Andrews Labor Government policies for health and the re-investment in quality public healthcare in this year’s State Budget. There were many features of the State Budget that helped re-invest funding back into public healthcare but unfortunately as the Conference heard, much of this will have a limited impact as the federal government made further cuts to healthcare spending. 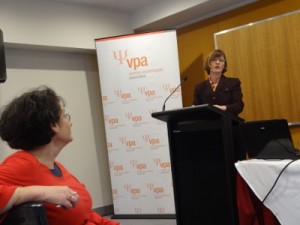 It was also great to hear Ms Thomas acknowledge the crucial roles our members play in delivering world-class healthcare, and thanking you for your tireless work which is all too often goes un-seen and under-appreciated.

It was evident listening to the presentations and discussions that across the public and private health systems we’re seeing more cracks appearing; and the cracks that already existed are getting bigger. The Conference highlighted the need for us all to continue to work together to fight back against increasing workloads and hours doing unpaid work.

It was definitely clear from the Conference that members want the Union to continue the campaign to:

Find out more information and get behind the campaign here. 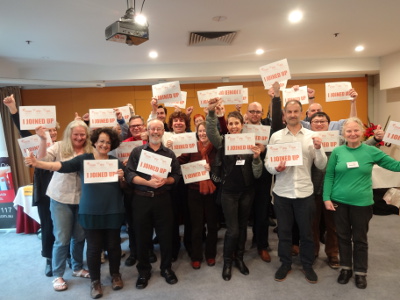