Put the Liberals last this election

There are really great outcomes in our new public sector agreement that a Liberal government would have never approved and would have held up indefinitely. For example, improvements in annual leave entitlements, rostering protocols, backfill provisions and establishing a pharmacist leave relief pool would been opposed by a Liberal government.

We’ve reviewed the health policies of the major parties at this year’s state election. In reviewing the policies, we looked at what was contained in their official platforms, their media releases and their recent statements about healthcare. We also looked at what they promised at the last election.

After considering the policies of the major parties for this year’s state election we’ve produced this report card. 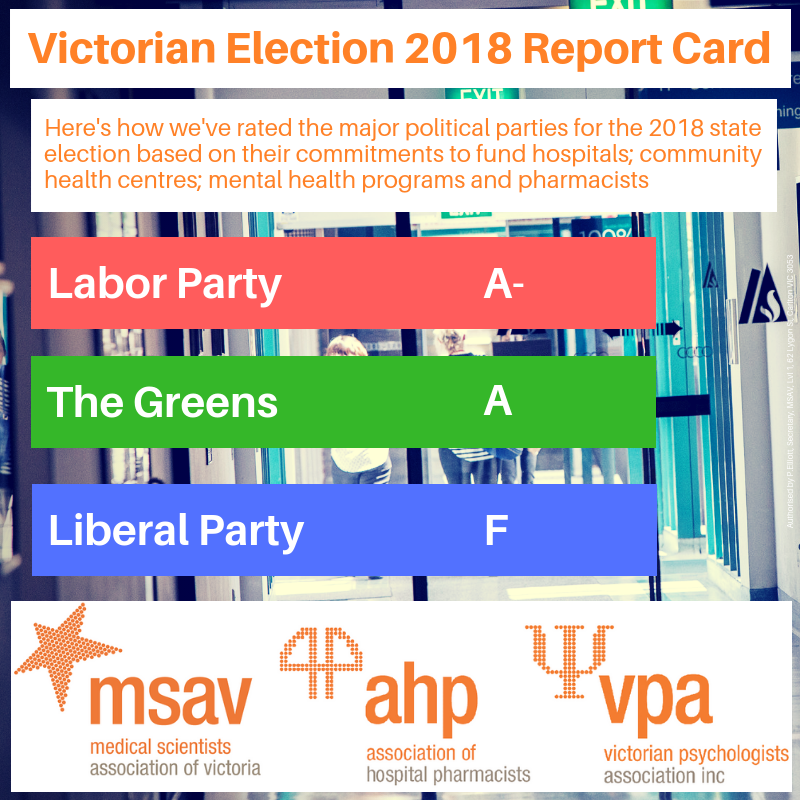 Share it with your friends and family to make sure they make health a top priority when they vote.

It’s absolutely vital that this election is the health election that’s why we recommend putting the Liberals last.

Here are other images you can share with your friends, family and colleagues. 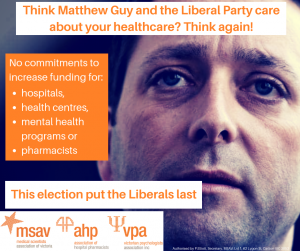 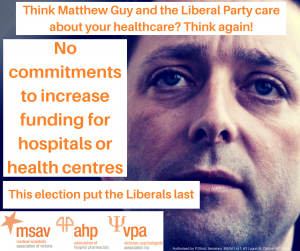 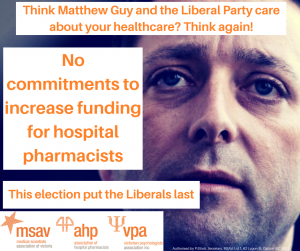