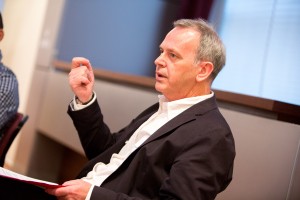 When a private equity firm takes control of a pathology service provider, the first things we hear about are the jobs to be lost among the scientific workforce. Almost without fail these for-profit businesses start out by cutting the very workforce that drives their profits. And without fail these private equity firms believe that opening more collection centres is the way to increase profits, ignoring the costs involved to sustain such ventures.

Instead of getting better healthcare, we get large numbers of collection centres without the corresponding number of scientists doing the work. We found out in last year’s federal election campaign that the Turnbull Government was prepared to subsidise the rental costs for private pathology providers’ collection centres in response to a rent war, started by the private pathology companies, which sent rental rates skyrocketing. This was a sweetener offered to private pathology providers to keep out-of-pocket fees for patients down because of the Government’s insistence on forcing people to pay up-front fees for pathology test which were going to be passed on to patients in full.

But when the work starts coming in, the private pathology provider’s budget-airline operations means they don’t have the numbers of scientific staff with necessary seniority to do the work and meet the turn-around-times for vital tests. You’d expect more staff to be employed but instead existing workforces are forced to cope with continually increasing workloads and all too often longer unpaid hours.

When the work is not being completed in time, because there aren’t enough scientists, the workforce is bullied and intimidated into taking on more work. We know that scientists are regularly told that they have to be ‘professionals’; and to remember that the work they do have real-world consequences for patients. It’s the use of these terms and the emotional connectivity they have, which forces scientists to work longer hours and undertake more work.

As the scientific workforce is made smaller and the amount of work grows, there comes an obvious point at which either the work (ie the patients) suffers or the workforce suffers or both. And more often than not it’s both that suffer. Making scientists work longer hours and take on more work means that it’s more likely that they’re going to suffer from fatigue. Increased fatigue greatly increases the risk of mistakes which impacts on quality and the possibility of adverse outcomes for patients; whether it is additional samples being required or incorrect diagnoses resulting in incorrect or delayed treatments.

This is serious business; without medical scientists there are no diagnoses and no treatments.

One significant issue that has emerged from the decline of pathology services is that, unlike every other clinical service in health care, there are no clear quality standards to restrain corporate profiteering. Clinical quality standards would ensure accountability in relation to broader health care standards which at this point in time is sorely missing.

A workforce that is working longer hours, experiencing more fatigue and more stress will inevitably result in a diminution of the quality of the pathology work being done. Add to that the demands of private equity firms to process more work with fewer staff means a health system facing a very significant crisis.

We cannot continue to allow private equity firms to buy up critical clinical services, like pathology, and deliberately run them down to improve profitability. Every time we make cuts to our universal healthcare system, the more we’re allowing private equity to dictate the future level of healthcare we receive.

It’s time we took a stand against outsourcing and privatisation of critical clinical services like pathology. It’s not delivering the quality of care required and isn’t improving the ability of our health system to respond to ever increasing demands.