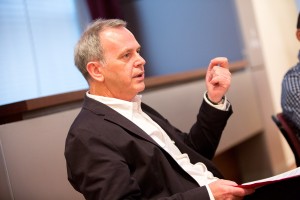 With the federal election looking like it will be earlier than expected, it is vital that we make healthcare a key election issue.

For most people, issues like healthcare are among their top three issues for elections. But after witnessing the outcomes of the Abbott-Turnbull Government budgets, it is clear that the Coalition puts little value on having a healthy nation as shown by their desire to increase the cost of healthcare through upfront pathology fees and dismantle our universal healthcare system – Medicare.

The Coalition since coming to power in 2013 have quickly set about wrecking the public healthcare system. In their first budget we saw the Coalition government slash millions out of healthcare funding; and the cuts didn’t stop in the budget handed down last year. And to make things worse the Turnbull Government told Australians over Christmas that they were making pathology and diagnostic imaging testing more expensive.

It is even more important that we ensure healthcare is an election issue because fundamentally we’re talking about the future of your professions and future of your work.

Every cut made by the Turnbull Government has major flow on impacts in our health services and our jobs.

While the Turnbull Government continues to attack healthcare, health services will start to increasingly look to make further cuts. And we know that means job cuts in areas like pathology, mental health services and with fewer staff, increasing workloads and greater risks of error. That’s why it’s vital that we make our voices heard as the election looms.

Remember the next time the Turnbull Government talks about making healthcare more sustainable, they actually mean more cuts to staff and less affordable healthcare for everyone.