The Medical Scientists Association of Victoria has welcomed the decision of the Victorian Health Minister, Jill Hennessy, to conduct a review into whether the Latrobe Regional Hospital (LRH) and Dorevitch Pathology have failed to comply with the terms of the pathology services contract, particularly the requirement to deliver effective and quality pathology services for the Latrobe Valley community. 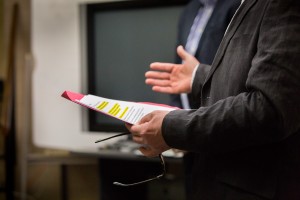 The investigation follows a number of issues concerning the pathology services contract raised publicly by the Union over the past two years.

And the review represents a massive win for the Union for our efforts over years of highlighting the damaging business model of Dorevitch Pathology and its impacts on quality healthcare standards in public hospitals.

It’s also clear that there must be a number of significant issues with the way LRH and Dorevitch Pathology have managed this critically important contract because a Government doesn’t organise an investigation of this nature unless there are very convincing reasons for it.

The investigation will be undertaken by Paxton Partners on behalf of the Health Minister and will determine whether pathology services at the LRH are being delivered to the quality standard set under the pathology services contract.

The investigation will also review the current pathology services contract to determine if it contains clear service requirements, whether these have been complied with and whether or not there are penalties for the contractor not complying with them.

The management at LRH has known for some time that Dorevitch Pathology has consistently failed to comply with key contract performance requirements relating to quality and clinical care performance standards.

But what needs to be answered in this investigation is why the Latrobe Regional Hospital flatly rejected repeated requests from the MSAV to do something about it. Why did the LRH Board turn a blind eye to very serious issues that are now to be investigated by the Health Minister? And why did LRH agree to vary clinical care contract performance standards?”

The important work of this investigation is much more than determining what has happened, because the facts and evidence about contract breaches and the harmful impacts this has had are clear. This investigation must get to the bottom of how Dorevitch Pathology was allowed to implement changes that improved its profits but compromised pathology quality and healthcare standards.

And this investigation must make clear recommendations about putting in place safeguards that ensure this can never happen again and guarantee quality healthcare in the Latrobe Regional Hospital.

The CEO and Board of Latrobe Regional Hospital have a responsibility to cooperate fully in this investigation and must answer to the Latrobe Valley community about why they have allowed health care standards to drop.

The Union looks forward to giving evidence and providing relevant information to assist the investigation. The Union will also ensure that members at Latrobe Regional Hospital are given the opportunity to make submissions and present their evidence.