The Medical Scientists Association of Victoria (MSAV) is astounded by a 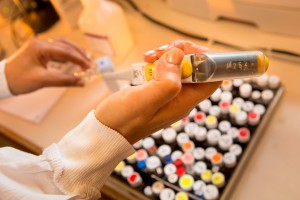 Molecular pathology is used in the diagnosis of cancer and infectious diseases. While all disciplines of pathology are essential to a hospital’s ability to deliver world-class quality healthcare, molecular pathology will be essential as Latrobe Regional Hospital expands oncology services.

Dorevitch Pathology sacking more medical scientists at Latrobe Regional Hospital is a slap in the face for Latrobe Valley patients, especially since the state government is reviewing pathology contracts and services at LRH.

This move will further erode the capacity of the LRH to deliver world-class healthcare and with the hospital massively expanding oncology services, this latest move will have profound impacts on the ability of the hospital to deliver the best possible care when people need it.

Dorevitch Pathology claims this move will improve turn-around times for tests for diagnoses for cancer or infectious diseases but there is a mountain of evidence that proves turn-around times have increased while Dorevtich has been running pathology services.

At what point does the CEO and Board at LRH take responsibility for its contractors and enforces its contracts? Unfortunately it has become apparent that Dorevitch Pathology is not challenged when it makes decisions that are very helpful for its profits but will lead to declining healthcare standards.

The Union is looking forward to receiving the report from the state government’s independent review into pathology contracts and services at Latrobe Regional Hospital.