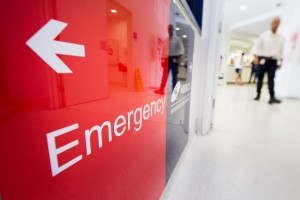 The Union fears that Clinical Labs is putting patients at risk at Geelong Hospital due to staffing cuts and the continued use of reporting software that is not compatible with the hospitals systems.

The Union claims that the incompatible software systems are often resulting in lengthy delays for Geelong Hospital medical staff accessing patient results. Pathology testing that should be completed within a day is now taking up to seven days.

Clinical Labs continued use of incompatible systems, means that scientists are not able to track test results delaying diagnoses which can prevent the timely commencement of critical treatments. It has meant that scientists have to manually track results with samples from Geelong patients eventually tracked to random laboratories, in the worst case, South Australia.

It has also resulted in approximately 150 patient’s test results being inaccessible by Geelong Hospital causing treatments to be delayed.

Medical staff in an acute care public hospital must be guaranteed access to a patient’s pathology test results. If this line of communication breaks down doctors can be blind-sided from critical information which is needed to treat a seriously ill patient.

It’s simply not good enough that Clinical Labs is putting its business interests ahead of patient safety and welfare. Patients at Geelong Hospital are not being given the highest quality of care because of a private pathology provider’s refusal to implement computer systems that are compatible.

The Union is urging Barwon Health, which manages Geelong Hospital, to ensure that Clinical Labs maintains pathology quality standards and gives guarantees to the community that vital pathology services standards are fully restored.